The world’s oldest known frozen and dormant virus has been revived in a French laboratory, prompting many to raise concerns about the dangers of bringing ancient microbes to life. The virus was removed from the Siberian permafrost in Russia’s far east and is 48,500 years old, providing evidence that viruses are incredibly hardy and can survive indefinitely if kept frozen.

This particular virus is actually one of nine different types of viruses that have been reanimated from Siberian permafrost samples in recent years. That includes seven viruses resuscitated for this new study, and two other roughly 30,000-year-old viruses brought back to life by the same team of researchers from other samples taken in 2013. The youngest of these viruses was frozen 27,000 years ago.

As reported in the non-peer-reviewed journal bioRxivhas been named the 48,500 year old virus Pandoravirus yedoma , referring to Pandora’s box. The virus was found in a sample of permafrost taken from 52 feet (16 m) below the bottom of a lake in Yukechi Alas in the Russian Republic of Yakutia.

The very first pandora virus was one of two viruses found in 2013, although it was of a completely different type. “48,500 years is a world record,” Jean-Michel Claverie, a virologist at Aix-Marseille University in France and the lead author of the permafrost viral study, told the New scientist .

Besides its age, the other notable feature of this pandoravirus is its size. Classified as some kind of giant virus, Pandoravirus yedoom is about a micrometer long and 0.5 micrometer wide. This means that they can be examined directly under a microscope. It contains about 2,500 genes, unlike the tiny modern viruses that infect humans, which have no more than 10 to 20 genes.

Climate change and the resulting thawing of permafrost could release a host of new Siberian viruses into the atmosphere. ( Андрей Михайлов /AdobeStock)

Climate change and the threat of permafrost viral release

Given the disturbing coronavirus pandemic the world has just been through, it may seem alarming that these scientists are deliberately reviving long-lost viruses formerly hidden in the frozen wastelands of Siberia. But they say this research is needed to evaluate the dangers of climate change.

“A quarter of the Northern Hemisphere is covered by permanently frozen ground, known as permafrost,” they wrote in their newly published paper. With the thawing of the permafrost, organic material that has been frozen for a million years is thawing. One of the effects of this is the release of carbon dioxide and methane into the atmosphere, amplifying the greenhouse effect.

The other is that “part of this organic matter also consists of revived cellular microbes (prokaryotes, unicellular eukaryotes) and viruses that have remained dormant since prehistoric times,” the authors explained in bioRxiv. Only by extracting viruses from permafrost samples and reviving them under controlled conditions, the scientists argue, will it be possible to evaluate the nature of the threat they could pose to human health and safety in a warmer, permafrost-free future .

Since permafrost covers more than a quarter of the entire land area in the Northern Hemisphere, this is no idle concern. The viral load currently trapped in permanently frozen soil is undoubtedly enormous, and if it were all released over the course of a few decades, it could potentially spark an avalanche of new viral infections across a variety of host species.

None of these victims would be immune to the impact of viral agents that had been out of circulation for tens of thousands of years. Immune systems would eventually adapt, but that could happen too late to prevent a catastrophic loss of life that cuts across the spectrum of microbial, plant and animal life. 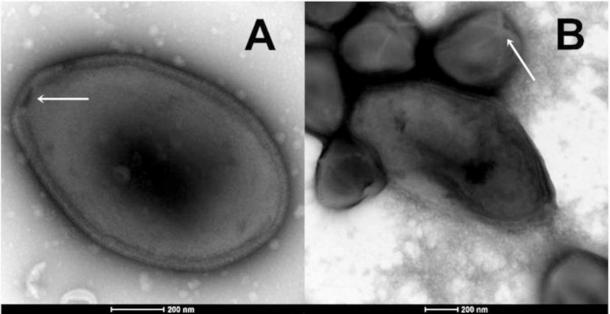 Immortal viruses may soon return, in quantities too amazing to imagine

The concerns about permafrost melting are not just theoretical. The once-frozen ground is already thawing in some areas, allowing scientists to find frozen and well-preserved specimens of animals that lived during the Paleolithic period.

In recent years, the remains of woolly rhinoceroses that became extinct 14,000 years ago have been found, and in one case, scientists have recovered a 40,000-year-old wolf head that was in almost pristine condition. Woolly mammoth remains are particularly easy to find in the newly thawed ground, so much so that a black market has developed in which mammoth tusks removed from illegally excavated mammoth skeletons are sold to ivory traders.

What worries scientists about this development is that powerful infectious agents may be hiding dormant in these well-preserved ancient animal remains. Remarkably, the 27,000-year-old virus found in this new study was not removed from the lake bottom sample, but instead was extracted from frozen mammoth feces from another permafrost core.

Needless to say, ancient viruses released from thawed animal hosts are more likely to evolve into something threatening to humans than one that specifically attacks microbes like amoebae. 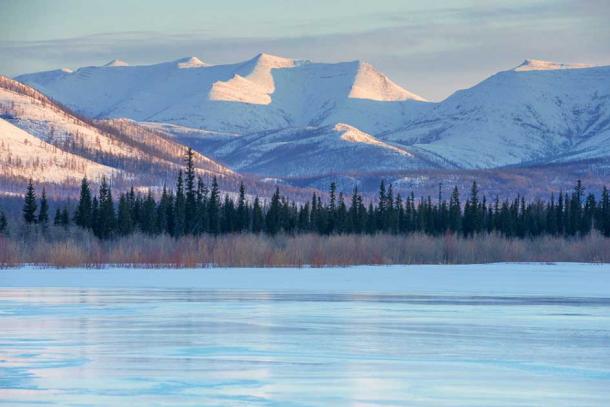 In their research paper, Professor Claverie and colleagues highlighted how dangerous ancient bacteria and viruses can be to all types of contemporary life forms. Even if they have been frozen in deeper permafrost layers for millions of years, they can become active again when the permafrost disappears.

Compared to outbreaks of modern viruses, “the situation would be much more disastrous in the case of plant, animal or human disease caused by the resurgence of an ancient unknown virus,” the French scientists wrote. “As sadly well documented by recent (and ongoing) pandemics, any new virus, even related to known families, almost always requires the development of very specific medical responses, such as new antivirals or vaccines.”

The Arctic regions of the planet are largely free of permanent human settlers. But the researchers point out that more people are visiting the planet’s coldest regions than ever before, primarily to harvest valuable resources like oil, gold and diamonds that abound in these previously underexplored regions. Mining operations actually tear out the top layers of the permafrost on purpose, meaning exposure to viruses during such operations may be unavoidable.

“How long these viruses can remain contagious once exposed to outdoor conditions (UV light, oxygen, heat), and how likely they are to encounter and infect a suitable host in the meantime, is still impossible to estimate.” the scientists conclude. “But the risk will undoubtedly increase in the context of global warming as permafrost thawing continues to accelerate and more people populate the Arctic in the wake of industrial ventures.”

Other scientists have warned of the dangers of virus releases in the Arctic from the melting of glaciers, which is yet another possible side effect of global warming. This could expose animals and humans to rushing rivers of glacial meltwater that could carry pathogens to new areas further south.

Whether any of these worst-case scenarios materialize remains to be seen. But even a small amount of melting, regardless of the cause, could be enough to release some potentially dangerous viral agents into the global environment, which is home to billions of vulnerable people.